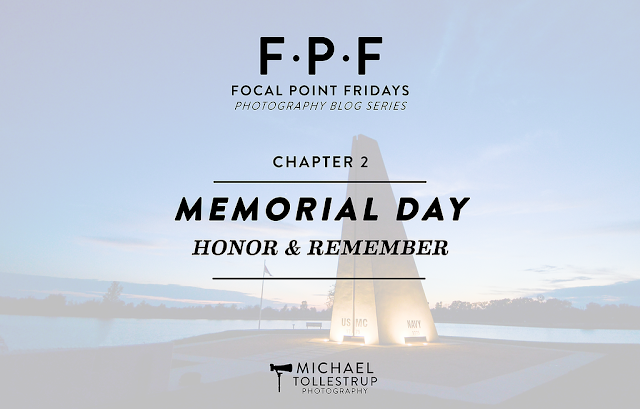 Semper Fidelis. The motto of the United States Marine Corps. Each of the five branches of the military have their own motto. For The Corps, their motto means "Always Faithful". I found this motto to be particularly apt when writing about Memorial Day. Always Faithful. Nothing is better, in my opinion, when discussing a national day dedicated to honoring and remembering the sacrifice and hard work our Men and Women in the armed forces make and do. Always Faithful, I'm saying it again because It can't be said enough. Always honor the hard work and sacrifice of our armed forces, always remember their dedication to making our country safer and better, and always be faithful to those who serve and protect our country.

This Memorial Day, I am even more aware of the sacrifice our armed forces are making, and let us not forget, the sacrifices of their families, too. How are our brave men and women serving in our armed forces doing during these difficult times? What are they doing? For Chapter 2 of Focal Point Fridays, I am going to highlight some past events and photography projects that I have done on or around Memorial Day.


A few years ago I went to my local park and experimented with an ultra wide-angle lens. The park, aptly named, Memorial Park. I ended up taking two photos that are both in my photography portfolio. The first is one of my favorites of the park, and one of my favorites in general. The first photo was taken at 10mm, and despite this, there is barely any distortion. I greatly enjoy this photo because the contrast between the structure and the island it is on, and the night sky are quite remarkable. Since taking this photo, I have tried to replicate this photo, but have been unsuccessful.

The second photo was taken with a slightly different lens, but at 18mm. The second, one that that would eventually find its way in the yearly calendar the City of Sugar Land publishes, for the month of December. This photo was a short exposure, and I managed to capture three light trails, and I think this photo is made by these light trails. However, I will admit that there is quite a bit of noise in the shadows.


One of the many veterans is a Vietnam veteran and spoke at the event. I was one of the primary photographers for the events, and I decided to grab a more oblique angle to photograph him during his speech.


The last group of photos were taken at different times during the day, and were not anything I was specifically told to capture. I simply took these photos in-between speakers or important moments. I decided to capture these people or subjects because I felt it would help tell the story of the day's events.

This painting was done as a tribute to the fallen, and was done by Lance Brown, a local speed painter in Sugar Land. The painting took approx, 3 minutes to complete and was presented to The City shortly after.

David van Kleeck, U.S. Army ret., spoke at the event, and is from the Houston area. During his 32 year career in the army, van Kleeck commanded troops at the Battalion, Group, and Brigade levels. He also worked for Shell, and taught at Rice University.

Every year, during the Memorial Day events, the Sugar Land Police Department performs a 21-gun salute. In 2017, the salute was performed before the main events, and during the rain. Even in the rain, a 21-gun salute was still performed, because it was an important way of honoring the fallen soldiers.

Many people attend the yearly Memorial Day Celebrations, and often adorn patriotic clothing to show their support for their country. The events regularly draw several thousands of people each year.

Every year, several institutions bring service vehicles, gear and weaponry to the event in order to educate people of all ages about the many services of the armed forces. Many branches of the military are present at the educational stations, and the stations are a popular stop during the day's events.

I'll say it one last time. Semper Fidelis. Always Faithful. I hope that with those words, you too will never forget to honor and remember the sacrifices of our brave men and women serving in our armed forces, both at home and abroad. Memorial Day is a time to remember our fallen; it is meant to be a somber reminder of the brave sacrifice men and women have made to keep the United States a free and just society.